UKTV Original, Expedition with Steve Backshall has become UKTV’s first commission to be certified as a CarbonNeutral® production by Natural Capital Partners, which founded The CarbonNeutral Protocol in 2002 – the world’s leading framework for businesses to achieve carbon neutrality.

The 10x60’ global series follows adventurer and wildlife expert Steve Backshall as he, his film crew and his team of world-class experts venture into uncharted territory in pursuit of new discoveries and world firsts. He takes on extreme physical challenges, encounters extraordinary wildlife and meets remarkable people. From free-diving in underground river systems and descending deep into the caves of the Maya underworld, to kayaking Himalayan white-water and scaling unclimbed Arctic peaks, the expeditions push everyone to the limit.

Expedition with Steve Backshall, made by True to Nature, has offset its carbon emissions by funding a Reduced Emissions from Deforestation and Degradation (REDD+) project in the Rimba Raya Biodiversity Reserve in Borneo, Indonesia. REDD+ projects reduce emissions and provide a natural climate solution by conserving forests from deforestation.

It is one of the largest REDD+ projects in the world and its contribution to reducing carbon emissions is validated and verified by an independent third-party standard – the Verified Carbon Standard. It was chosen because Steve visits Borneo in episode six of the series.

Steve Backshall said: “There is a Catch 22 in modern conservation. In order to study, record and tell the world about climate change, it is essential to travel. For me, for now, the solution is effective carbon offsetting. This is the first time a UKTV Original series has fully offset its emissions, through purchase and protection of Borneo. This is not only the most pragmatic way of countering the footprint of our expeditions, but the most productive means of preserving biodiversity. That our target is Borneo peatlands and forests is extremely apt, as our final expedition was in the beleaguered wild lands of this magnificent jungle island. Our offset will preserve habitat for the orangutan and proboscis monkey and help keep hundreds of thousands of species safe from plantation chainsaws.”

Richard Watsham, UKTV’s Director of Commissioning, added: “Expedition with Steve Backshall is breaking new ground in many ways – from the extraordinary world firsts that Steve and his team achieve, to the light that the series shines on parts of the globe unseen and unknown until now. However, there is no more important story that we tell than the need for protection and preservation of these unvisited wildernesses. So, it feels absolutely fitting that Expedition is UKTV’s first CarbonNeutral® Production and even more so that we are able to support a project in a part of the world that has particular meaning to Steve, as the location of his very first expeditions nearly 30 years ago.”

Wendy Darke, Founder/CEO True To Nature and Executive Producer for Expedition with Steve Backshall said: “I’m delighted that UKTV is supporting Expedition with Steve Backshall to become its first CarbonNeutral® production, making a positive difference towards protecting the primary rainforest, orangutans, wildlife and the communities of the Rimba Raya Biodiversity reserve in Borneo. This kind of positive action sits at the heart of motivating the team at True to Nature and we hope that what UKTV has announced today will inspire others to follow.”

Natural Capital Partners manages The CarbonNeutral Protocol, which provides businesses all over the world with the assurance that carbon neutral action for their business, operations and products is clear, transparent and of the highest quality. It has developed CarbonNeutral® production as a new certification to enable companies like UKTV to credibly report net zero emissions for their productions.

Natural Capital Partners, commented: “We are delighted to work with UKTV to certify Expedition with Steve Backshall as a CarbonNeutral® production. Carbon neutral action is increasingly important across all sectors, in order to rapidly deliver the emission reductions required across the globe to limit global warming to 1.5 degrees Celsius. This is an exciting step forward for climate action in the TV and film industry.”

Rimba Raya’s REDD+ project preserves carbon-dense tropical peat swamp by helping to halt the deforestation of 65,000 hectares of forest, which was earmarked for conversion to palm oil plantations. The project focuses on community development – encompassing 2,000 households living within the project area – and biodiversity conservation, particularly the protection of the endangered Borneo orangutan. In order to deliver on its goals, the project uses the support of carbon finance to actively engage local communities to improve food security, income opportunities, health care and education.

Expedition with Steve Backshall will air from Sunday 21 July at 8pm on Dave.

This article was originally published on UKTV.co.uk.

UKTV has been at the forefront of branded television for over 25 years, entertaining the nation with programmes they love. Its leading brands – Dave, Gold, W, Drama, Alibi, Eden and Yesterday – span comedy, entertainment, natural history, factual and scripted drama, and are delivered to audiences through UKTV Play, Freeview, Sky, Virgin Media, BT, TalkTalk, YouView, Freesat and Amazon Fire. The broadcaster is a significant investor in British creativity and is committed to working with new and established writers, directors and programme-makers.

UKTV is part of BBC Studios, the UK’s most-awarded production company, a world-class distributor with international branded services, and a commercial subsidiary of the world’s leading public service broadcaster, the BBC. 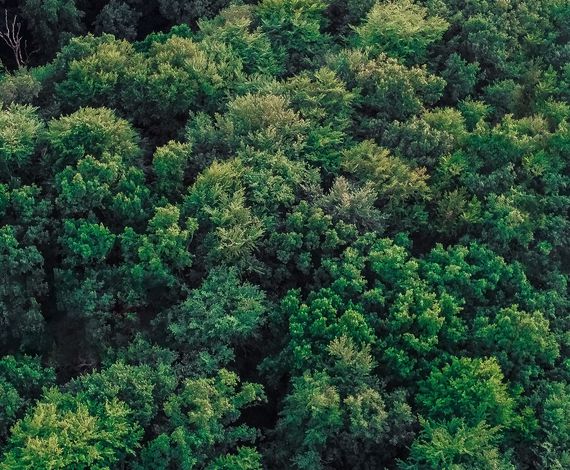