We’ve done the Climate Summit – is it all downhill from here?

How many world leaders does it take to fix the climate? Arguably, three. Barack Obama for the US, Ji Xinping for China, and Narendra Modi for India, because together they represent around half of the world’s greenhouse gas emissions. Only one of those leaders was present at the Climate Summit convened by UN Secretary General Ban Ki Moon in New York City on the 23rd September 2014. Does that mean we’re sunk?

Ban Ki Moon convened the New York Climate Summit specifically “to raise political momentum for a meaningful universal climate agreement in Paris in 2015 and to galvanize transformative action in all countries to reduce emissions and build resilience to the adverse impacts of climate change”. One hundred and twenty-five Heads of State, including Obama, and 800 leaders from business, NGOs, and civic society showed up. Held on the Tuesday, it anchored NYC’s Climate Week – seven days of “show, tell, and be told” events involving a wide range of constituencies.

It was Business’s day on Monday, with a series of CEO breakfasts and other events running throughout the day to give prominence to a range of business led initiatives that included a call for carbon pricing by 73 national and 11 regional governments and more than 1,000 businesses and investors representing 54% global GHG emissions and almost half the world’s population; the RE100 Campaign spearheaded by H&M, IKEA, Mars, Nestle, Swiss Re, and others to encourage 100 of the world's largest businesses to commit to switch to 100% renewable power by 2020; and New York Declaration on Forests – 30 governments, 40 companies, numerous NGOs to work to halt deforestation globally by 2030.

Tuesday, the formal Summit day, turned the spotlight to governments – a string of largely three to five minute speeches from national leaders punctuated by longer exhortations from key leaders such as Obama, and guest slots for business and NGOs. Statements from the summit included agreement that without significant cuts in emissions by all countries, and in key sectors, the window of opportunity to stay below 2 degrees will soon close forever; strengthening both climate and financial resilience is a smart investment in a safer, more prosperous future; and putting a price on carbon will provide markets with the policy signals needed to invest in climate solutions.

By the end of the formal Summit on Tuesday, Ban Ki Moon declared, “This was a great day! Today’s Summit has shown that we can rise to the climate challenge.”

Graça Machel, wife to Nelson Mandela, representing the wiser, more seasoned minority of hardened realists called it correctly when she said: “…there is a huge mismatch between the magnitude of the challenge and the response which we heard here today.”

What the Summit did achieve?

The most heartening aspect of the Summit was the stronger, clearer, and compelling voice of business and sub-national governments. As Mark Kenber, CEO to The Climate Group, put it: “What really made a difference for me is the concrete plans brought to the table by the corporate sector and sub-national governments with the money to invest behind them. Finally, we are seeing shift here from words to action.

Specifically, the Summit saw real ground being made as business articulated the need for a meaningful price on carbon to unleash the investment power of the private sector and the efficiency of markets to tackle the challenge.

That voice came from industry alliances, associations, and coalitions whose objectives, goals and campaigns now pack more clout that many of the long-established environmental groups. They include the likes of C2ES, CarbonTracker.org, CDP (formerly the Carbon Disclosure Project), CERES, ‘We Mean Business’, and the World Business Council for Sustainable Development – and they are now collectively the most powerful driver for change.

And so what do you do?

At the Climate March on Sunday and again at Monday’s CEO Breakfast event I was more than once asked the pointed question -- “so, what are you doing to fix the climate?” Of course, on our own, precious little. With our clients and project partners – we’re moving the needle, especially against the key themes of the Summit.

The offset portfolios we provide to our clients help to set an internal price of carbon against which to weigh options to reduce emissions directly, or to fund reductions elsewhere. Microsoft’s ‘carbon fee’ is a good example. Our REDD+ project in places like Madagascar, Cambodia, Brazil, and Indonesia deploy client funds to projects which reduce and stop deforestation. Some clients use the advanced methods from carbon finance to monitor, report, and verify forest protection outcomes, and others are using it to build health and well-being in communities and supply chains. And increasingly, the 100% Renewable Energy challenge is being met today by corporates using instruments that guarantee the origin of their (renewable) energy and in some cases fund new renewable capacity.

So, speaking on behalf of our partners and clients, I think we passed the ‘red face’ test – together we are doing quite a lot to turn Summit words into action. It isn’t downhill from the Summit, but it sure will be a long and winding road to a stable climate. 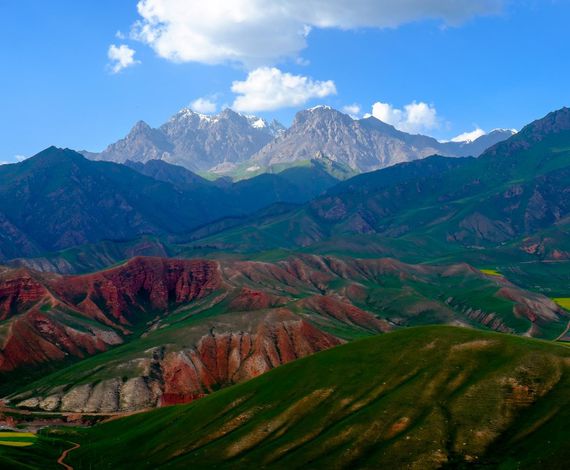 We work with leading corporates, NGOs, governments and project partners to deliver solutions for climate impact.

Located across the world, our experts are ready to help you deliver your climate impact goals.